Every responding pupil of the class needs social approval of his behavior. To satisfy this need, he is always eager to answer each question known to him. If the teacher is encouraging the pupils by statements like, “good”, that is very good and certain non-verbal expressions, as smiling, nodding the head and paying attention to the responding pupil, the pupil participation in the class is maximized. The main theme of the skill is that encouraging remarks of the teacher increases and discouraging remarks decreases the pupil-participation in the development of the learning process. Teachers are right if their ways are in accordance with the following components of the skill.

The components of skill involved are: 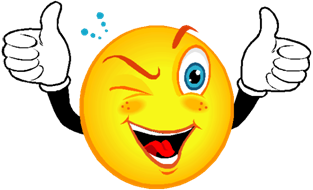 These are the positive comments given by the teacher on the correct response of the pupil. They are:

(i) Using words and phrases like, “good”, “very good” and “excellent”.

(iii) Using pupil’s idea in the development of the lesson.

(v) Using prompts like carry on think again, to help the pupil give correct response.

The teacher gives comments to pupils on their correct response without using words. For example, this he does by nodding the head, smiling, patting, looking attentively at the responding pupil, and writing pupil’s answer on the black boards. The teacher encourages the pupils to participate maximally in the development of the lesson.

The teacher gives comments on the incorrect or partially incorrect response by telling that the pupil’s response is incorrect or making sarcastic remarks like “idiots”, “stupid” and others. Such behavior of the teacher discourages pupil-participation and should not be used.

The teacher shows his disapproval without using words. This involves, frowning, staring, and looking angrily at the responding pupil, when he gives wrong response. This type of behavior of the teacher creates fear in the minds of the pupil and decreases pupil-participation.

Wrong use of Reinforcement

This is the situation, where the teacher does not give reinforcement when the situation is demanding encouragement.

Inappropriate use of Reinforcement

This is the situation when the teacher does not encourage the pupil with respect to quality of his response. He uses same type of comment for every response.