Come June 5, schools across Ernakulam will plant jackfruit saplings on the campus.

The move is part of the Education Department’s efforts to popularise the government decision to elevate jackfruit as the State’s official fruit. Officials said that involving students will help in taking the message of planting thousands of jackfruit saplings in various districts. 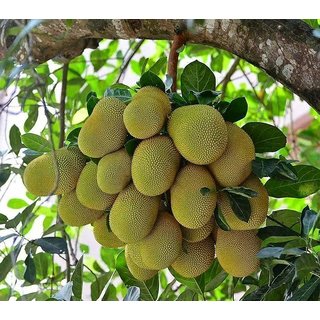 Besides planting at least one jackfruit sapling on the campuses, the department will also encourage the students to grow it in their backyards. The co-operation of parents and teachers will be key in implementing the State-wide initiative.

Members of Scouts and Guides, Student Police Cadets and Junior Red Cross volunteers will be part of the programme to grow nearly 60 lakh saplings State-wide in the coming days.

Students will be informed that Kerala produced 30 crore to 60 crore jackfruits annually. Besides ensuring that the produce was entirely organic and pesticide-free, they will be also taught about the health benefits of having jackfruit and its allied products. The government’s aim is to market the ‘Kerala jackfruit’ as a brand in markets across the country and abroad, showcasing its organic and nutritious qualities. The fruit is more organic and tasty as it is produced in a very natural way without using any chemical fertilisers or pesticides. There are also plans to distribute maximum jackfruit saplings among the public to grow it in their backyards as part of the plans to expand the cultivation.

Besides the planting of fruit tree saplings, the Education department had already decided to set up biodiversity parks in 100 more government schools in the district.

Each selected school will get Rs. 10,000 in assistance to implement the project.